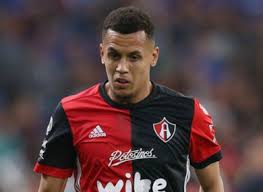 Wilder said that Ravel has been there for a week and they are going to take from there. Morrison wants to get him back and running and according to Wilder, this is what shows what he is all about. He has had a talk with Morrison and he prefers to come to the point but he has to prove a point. Wilder says that he is not a snob when it comes to getting good players and they can’t afford to be. Thus, they will look at how he trains and then they will talk. He says that they have an option of taking him with them to the training camp next week to Portugal.

He says that everybody is talking about how unbelievably talented Morrison is. Thus, he is a good fit for the team. Ravel Morrison had been tipped for greatness as he quit Old Trafford for joining West Ham in the year 2012. However, the forward player had represented England u-16, u-18, and the u-21 team was unable to establish himself at West Ham. He had been sent to Birmingham, Cardiff and Queens Park Rangers on loan.